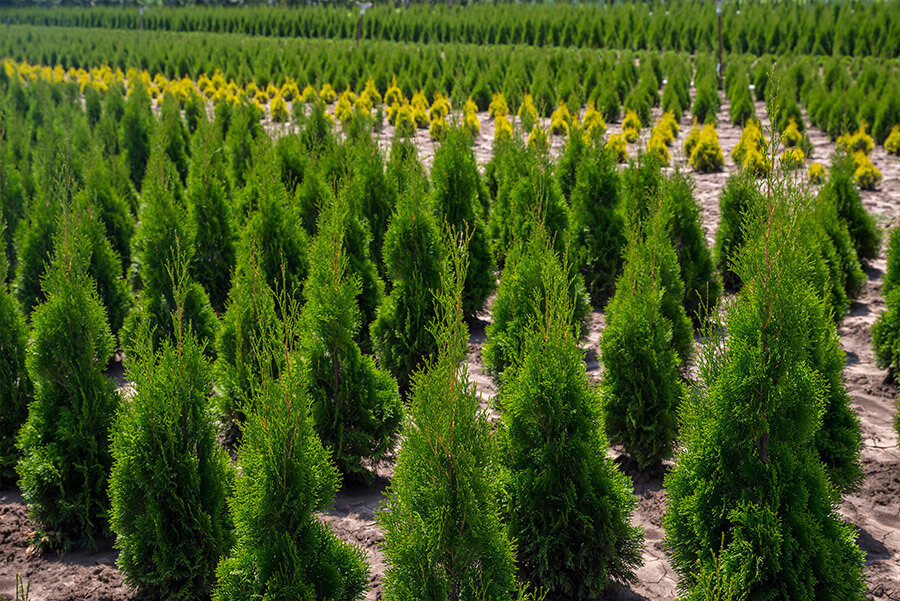 SNOHOMISH, WA: Big Trees Inc, (https://bigtreesupply.com), a tree transplanting company in the Seattle area, was recently called in to help salvage a landscape that had fallen prey to a fire. A local homeowner had been utilizing a weed burner to handle weeds in their yard when a row of trees caught on fire. Thankfully no one was injured and the fire was contained. Big Trees was called in to assist the homeowner in replacing the trees which had previously provided a privacy screen for the yard.

The homeowner using a weed burner got too close to a row of Arborvitae (a tall growing evergreen frequently used as privacy screen trees), and the fire spread and within minutes the entire row of trees had caught on fire. Thankfully the fire was put out and no people or structures were damaged. However, this left the homeowners with the problem of restoring their landscape.

Big Trees Inc was called in to consult on the best way to resolve the situation. After examining the site, Big Trees was able to recommend several large trees of the same variety that could be safely planted in the same location. The homeowners were overjoyed, as the trees had been planted several years ago and their concern had been that it would take several more years to grow new trees to the same size. As it happened, Big Trees was able to locate new trees of the same size that could thrive in the yard.

Nancy Penrose, owner of Big Trees Inc., stated: “It is very fortunate that we were able to help the homeowner resolve the situation. It’s even more fortunate that no one was harmed during this incident, as fires can very easily get out of hand. We were glad to help them restore their yard back to the way they had always envisioned it! The homeowners were very grateful and we were happy to take part in that.”

Nancy Penrose is the owner of Big Trees Inc., located in Snohomish, WA in the Seattle area. The company is one of the largest tree nurseries in the Seattle area with over 120,000 trees available in over 300 varieties. They not only deliver young trees, but also mature trees in a wide range of sizes. Some types of trees available include spring flowering, deciduous, evergreen, and privacy trees. The company also does tree transplanting including large trees. Their blog can be seen at https://bigtreesupply.com/blog/ or https://arboristblog.com/. They can be reached at 360-563-2700.